Ribbon cutting event to celebrate the opening for the stunning $786 million expansion space and it’s economic impact on the region.

Challenge: Create a visually interesting event, engaging to media and the audience, telling the story of the expansion’s economic importance  and highlighting the space’s magnificent architecture.

Solution: Guests entered the soaring atrium to contemporary music.  The stage backdrop featured facts about the positive economic impact of  the building- scaled so that photos of speakers at the lectern would feature these facts. Dignitaries ranging from the Mayor to the CEO of the building spoke to the economic, cultural and social impact of the project. As remarks ended, celebratory music began and a huge red ribbon descended from the second atrium tier 40 feet above. Simultaneously, hundreds of people entered the atrium from the second tier steps-people whose jobs are supported by the industry and effected by the growth of the building: cab drivers, waiters, front desk clerks, colonial tour guides, Ben Franklin impersonators, Phillie Phanatic and others. As they gathered around the stage, the ribbon was cut and confetti shot from overhead into the audience, who stood in applause. Following the program, guests were treated to building tours and lunch.

“I engaged Stockton & Partners to plan events celebrating the expansion of the Pennsylvania Convention Center.  The $786 million dollar expansion project’s completion initiated the need for 2 events, a ribbon cutting for media and regional government and industry leaders and a marketing event to showcase the new space to potential customers.  Stockton & Partners proved to be the right choice  for both!   Their team brought great creativity, technological innovation and industry savvy to the table; combining marketing strategy and visual wow to engage clients, local and industry leaders and the media. The firm worked seamlessly with our sponsors, partners and in-house team to leverage the best value for our budget, and provide a diverse workforce, in line with our values.  I highly recommend Stockton & Partners, and look forward to the opportunity to work with them again.” - Ahmeenah Young, President and CEO, Pennsylvania Convention Center Authority

Impact: The event generated local, regional and national press- spreading the message of the convention center as an economic engine. Local guests who got a first hand look at the spectacular space could then be advocates for promoting new business to the center. 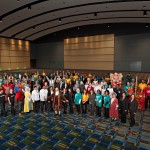 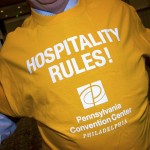 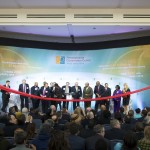 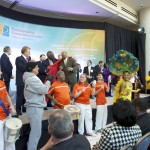 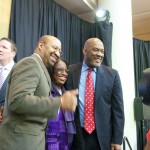 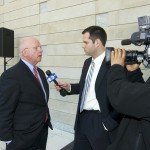 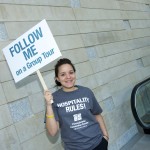 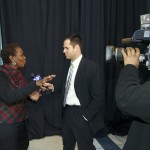 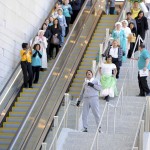 The Pennsylvania Convention Center has energized its downtown neighborhood and brought Philadelphia back as a major player in the tourism and hospitality market.